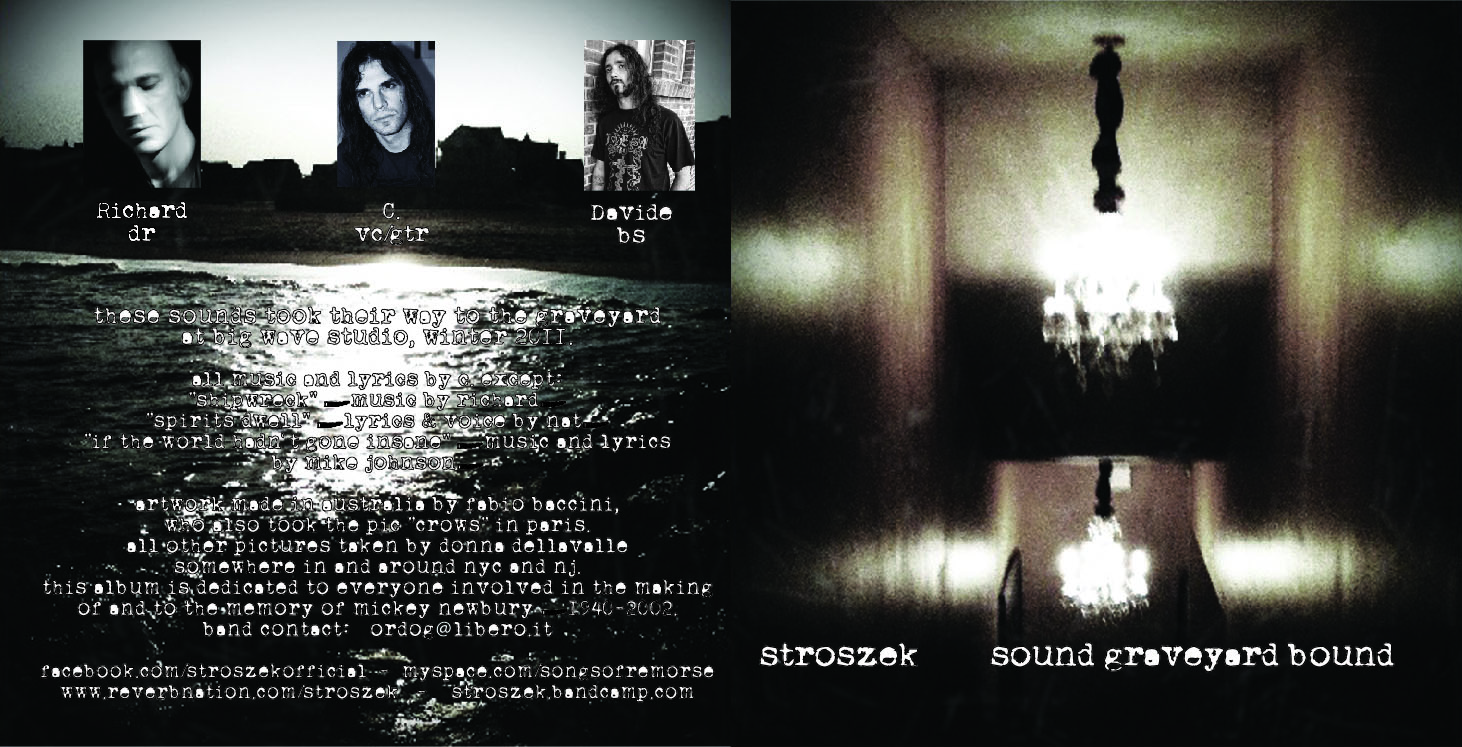 Should happen to stumble across the great Nordic Opeth, Swede Katatonia, American Alice In Chains, English Sisters of Mercy - you should make it a point to stumble into Stroszek.

Guitar-wise you have the tone and impression-making diligence as heard in Pearl Jam's "10", intellectual emotional trains as heard from Temple of The Dog.  Equally important in the triumvirate's success are the bass lines that lean into Sisters of Mercy - simply freakish and haunting.  As Axel of Saphena once told me, Less Is More approach to drumming - yes, less is more and well placed like the well oil machine known as Ted Parsons.  Vocals - endearing, titanic, immortal?  A fresh surprise.

With respect to the production - we hear a live recording session sound.  I do not know if it was recorded that way but the lack of Click Track beats make me thing this was pretty much a purist approach - just instruments as tools - not machines.  The mix is well done, polished and well balanced.  Each string vibration can not only be heard, but sensed.  Each drum head is eloquently vocalised with a traditional, call to originality drum sound.  The bass guitar production give you the feel of a hum riding on the low end strings, where sound spectrums nowadays rarely get heard or better yet, played aloud.  The range of the vocals is accurately placed in the mid section of the treble and mid-range frequencies - nice eq work.

They call it Stroszek, we call it Machineless.  Get your official release now.  Our thanks and proper respects to the band and Hypnotic Dirge.  Viva Italia!