KHORS "Wisdom of Centuries" - The Interview 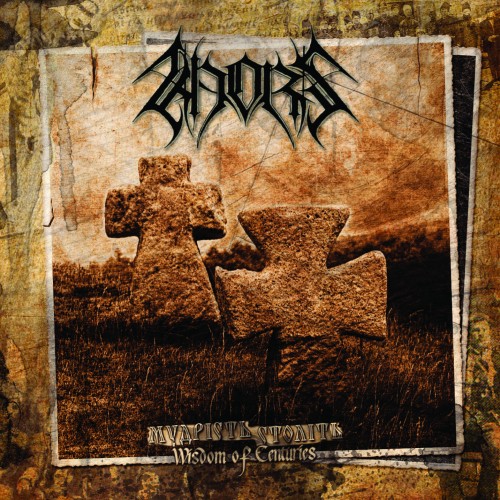 Tell us about Ukraine:

- are politics important to the band and Ukranians in general?

Hello to all the readers of Help Along Your Way!

Our metal scene is versatile enough and I believe it’s known worldwide by its black metal component. I think you should know such bands as Drudkh, Nokturnal Mortum, Hate Forest, Blood of Kingu, Astrofaes.

As for the culture of our country so it has very deep roots refer to Trypillian culture, ancient Scythian culture, Kievan Rus and Cossacks. This basis influenced in general the mentality and development of our people. Politically our country has not the best times as we can’t speak about the democracy in modern society recently. There’s political party of usurpers rules the country having ignoring both moral and human norms.

Ukraine has cultivated a lot of great metal acts like Evroklidon, Angel 7, Holy Blood and of course KHORS - have any of these other bands influenced you?

Actually I don’t know any of the bands you’ve mentioned here so it’s impossible to talk about their influences on us. In the previous question I’ve mentioned the bands which really can be named true representatives of Ukrainian metal music. We can say they’re indirectly could affect us as we really like the music these guys playing.

Records (great label by the way):

- where did you record the album?

- was the recording done all in one session or multiple time frames?

- how many days total did it take to record the new album?

The album was recorded during Autumn-Winter of 2011-2012 in such studios as Blacklight (we recorded drums, bass, percussion and guitars there), Nightmare studio (we recorded keyboards tracks there), Oriana Stronghold Forge (lead guitars and vocals). In total the recording process took approximately 15 days for us. The album mixed and mastered in Blacklight Studio.

Do any members of KHORS work in any other band?

Yes, Helg has got the projects Ulvegr and Ygg.

What bands influence KHORS that most fans would NOT expect to be influential?

It’s hard for me to talk about some serious influences. We’re listening to different kind of music recently and sometimes that’s not a metal music.

For the atmospheric sounds - do you use synthesizers, keyboards, sampling wav files or a combination of all three?

We do combine the samples and keyboard tracks. There are some samples on the album but percussion played live. We used cajon and congas during the recording.

If there are any proposals then we sure would be glad to come to USA. Thank you too for your interest and support.

Reply cialis pills
11:49 AM on September 11, 2021
Solubility Of Amoxicillin In Water