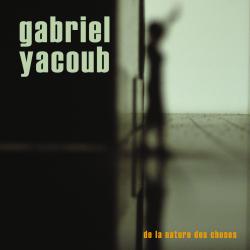 Like a fine blacksmith weilds the hammer to pound the steel into a ecognizable shape that is worth more than is paid, so too is the music of Gabriel Yacoub. Des Choses contains within this disc painstaking production, well executed sound mixing, and the musicians hand selected from the crème de la crème.

For your well spent money you will receive 14 songs each with character, quality, and feeling. Having never been to France, only in pictures, Gabriel transforms your listening experience to that of one being in a Paris bistro hearing him tell you stories, leading you into the french countryside, or sipping a cup of coffee after dinner, or sailing in the lac.

The acoustic mechanisisms used in the recording process makes this disc a firsthand experience with Gabriel's music. There is no barrier or fence erected to prevent your being envoloped into the music. Des Choses takes you to another place filled with the aroma of sweet honey and fresh flowers of the field delivered to your doorstep.

Thirteen of the 14 tracks include vocals whereas the instrumental track is used as a musical bridge transitioning thoughts and ideas conveyed in the first two thirds of the disc into the last segment of songs. The last segment of songs is a slower, more folk-country sound that many Americans could relate to John Denver, Michael Martin Murphy, and Dave Matthews Band. So let's add a few more great names, peers: Winston Marsalis, Kimo Pohjonen with KTU, Danu, James Taylor.

For more information on Gabriel Yacoub's release, Des Choses, buy the disc by clicking here. Should you require more great french inspired music, then go to his home page www.gabrielyacoub.com Thanks to Le Rouseau and Gabriel Yacoub.